These are Amazon’s Bestsellers in Kindle Store as of August 2021: 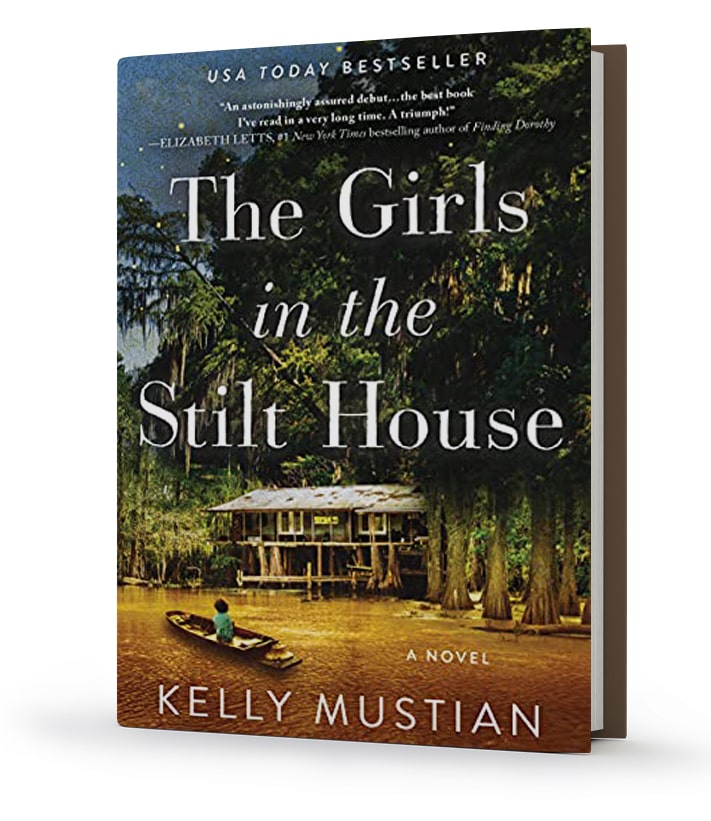 The Girls in the Stilt House: A Novel by Kelly Mustian

Ada promised herself she would never go back to the Trace, to her hard life on the swamp and her harsh father. But now, after running away to Baton Rouge and briefly knowing a different kind of life, she finds herself with nowhere to go but back home. And she knows there will be a price to pay with her father.

Matilda, daughter of a sharecropper, is from the other side of the Trace. Doing what she can to protect her family from the whims and demands of some particularly callous locals is an ongoing struggle.

She forms a plan to go north, to pack up the secrets she’s holding about her life in the South and hang them on the line for all to see in Ohio.

As the two girls are drawn deeper into a dangerous world of bootleggers and moral corruption, they must come to terms with the complexities of their tenuous bond and a hidden past that links them in ways that could cost them their lives. 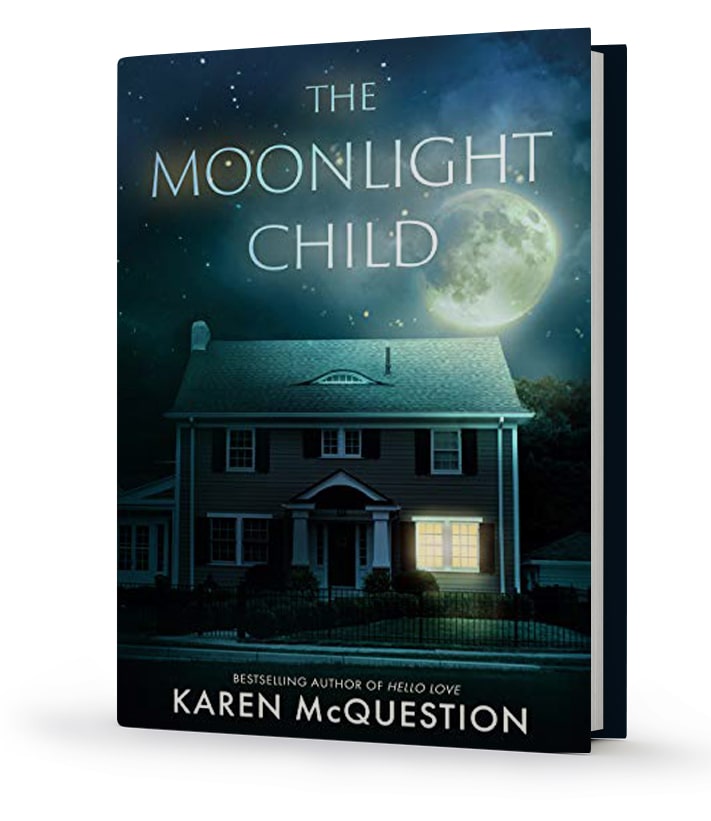 The Moonlight Child by Karen McQuestion

On a cold January night, Sharon Lemke heads outside to see a lunar eclipse when she notices something odd at the house behind her backyard. Through her neighbor’s kitchen window, she sees what appears to be a little girl washing dishes late at night. But the Fleming family doesn’t have a child that age, and even if they did, why would she be doing housework at this late hour?

It would be easy for Sharon to just let this go, but when eighteen-year-old Niki, a former foster child, comes to live with Sharon, she notices suspicious activity at the Flemings’ house as well. When calling social services doesn’t result in swift action, the two decide to investigate on their own. 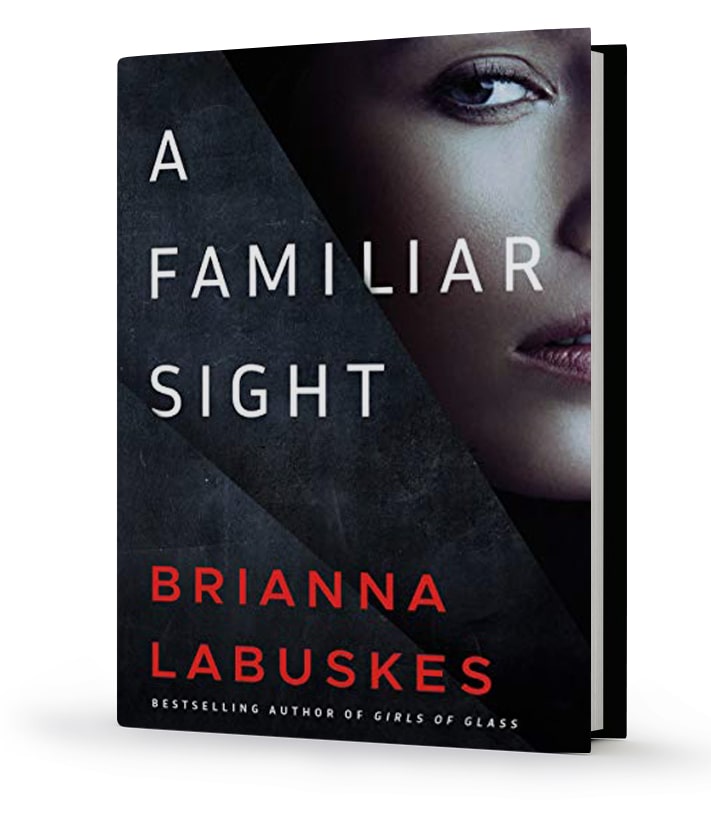 Psychologist and criminologist Dr. Gretchen White is a specialist in antisocial personality disorders and violent crimes. She’s helped solve enough prominent cases for detective Patrick Shaughnessy that her own history is often overlooked: Gretchen is an admitted sociopath once suspected of killing her aunt. Shaughnessy still thinks Gretchen got away with murder. It’s not going to happen again.

When a high-profile new case lands on Shaughnessy’s desk, it seems open and shut. Remorseless teenager Viola Kent is accused of killing her mother. Amid stories of childhood horrors and Viola’s cruel manipulations, the bad seed has already been found guilty by a rapt public.

But Gretchen might be seeing something in Viola no one else does: herself. If Viola is a scapegoat, then who really did it? And what are they hiding? To find the truth, Gretchen must enter a void that is not only dark and cold-blooded, but also frighteningly familiar. 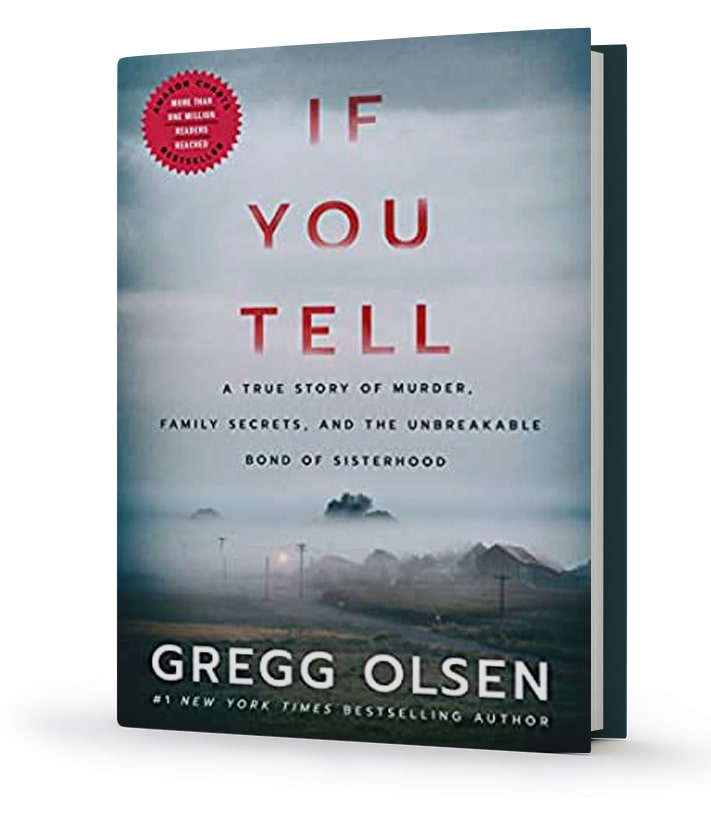 If You Tell: A True Story of Murder, Family Secrets, and the Unbreakable Bond of Sisterhood by Gregg Olsen

After more than a decade, when sisters Nikki, Sami, and Tori Knotek hear the word mom, it claws like an eagle’s talons, triggering memories that have been their secret since childhood. Until now. For years, behind the closed doors of their farmhouse in Raymond, Washington, their sadistic mother, Shelly, subjected her girls to unimaginable abuse, degradation, torture, and psychic terrors.

Through it all, Nikki, Sami, and Tori developed a defiant bond that made them far less vulnerable than Shelly imagined.

Even as others were drawn into their mother’s dark and perverse web, the sisters found the strength and courage to escape an escalating nightmare that culminated in multiple murders. Harrowing and heartrending, If You Tell is a survivor’s story of absolute evil—and the freedom and justice that Nikki, Sami, and Tori risked their lives to fight for. Sisters forever, victims no more, they found a light in the darkness that made them the resilient women they are today—loving, loved, and moving on. 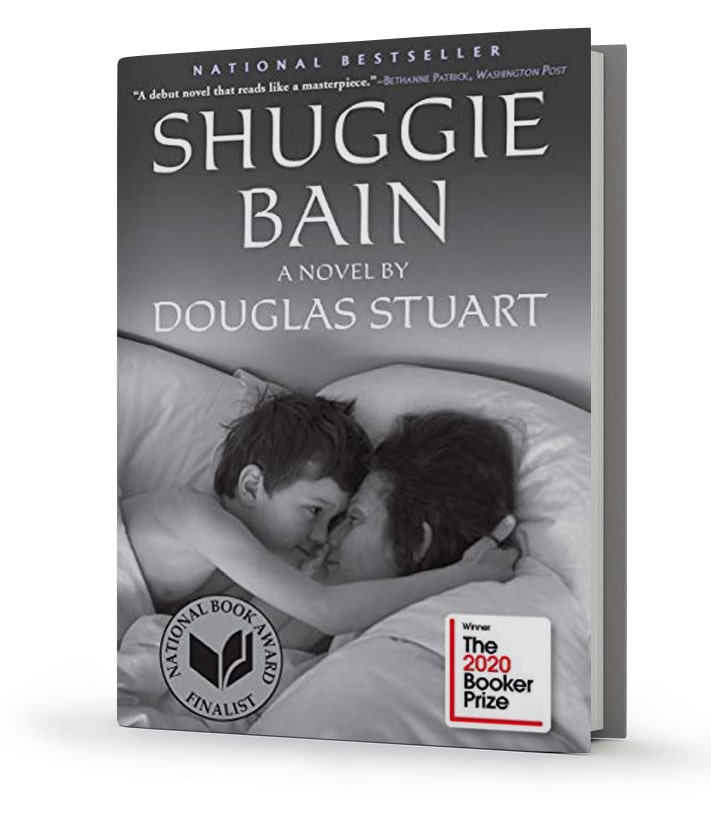 Shuggie Bain is the unforgettable story of young Hugh “Shuggie” Bain, a sweet and lonely boy who spends his 1980s childhood in run-down public housing in Glasgow, Scotland.

Thatcher’s policies have put husbands and sons out of work, and the city’s notorious drugs epidemic is waiting in the wings.

Shuggie’s mother Agnes walks a wayward path: she is Shuggie’s guiding light but a burden for him and his siblings. She dreams of a house with its own front door while she flicks through the pages of the Freemans catalogue, ordering a little happiness on credit, anything to brighten up her grey life.

Married to a philandering taxi-driver husband, Agnes keeps her pride by looking good—her beehive, make-up, and pearly-white false teeth offer a glamorous image of a Glaswegian Elizabeth Taylor. But under the surface, Agnes finds increasing solace in drink, and she drains away the lion’s share of each week’s benefits—all the family has to live on—on cans of extra-strong lager hidden in handbags and poured into tea mugs. Agnes’s older children find their own ways to get a safe distance from their mother, abandoning Shuggie to care for her as she swings between alcoholic binges and sobriety. Shuggie is meanwhile struggling to somehow become the normal boy he desperately longs to be, but everyone has realized that he is “no right,” a boy with a secret that all but him can see. Agnes is supportive of her son, but her addiction has the power to eclipse everyone close to her—even her beloved Shuggie.

A heartbreaking story of addiction, sexuality, and love, Shuggie Bain is an epic portrayal of a working-class family that is rarely seen in fiction. Recalling the work of Édouard Louis, Alan Hollinghurst, Frank McCourt, and Hanya Yanagihara, it is a blistering debut by a brilliant novelist who has a powerful and important story to tell. 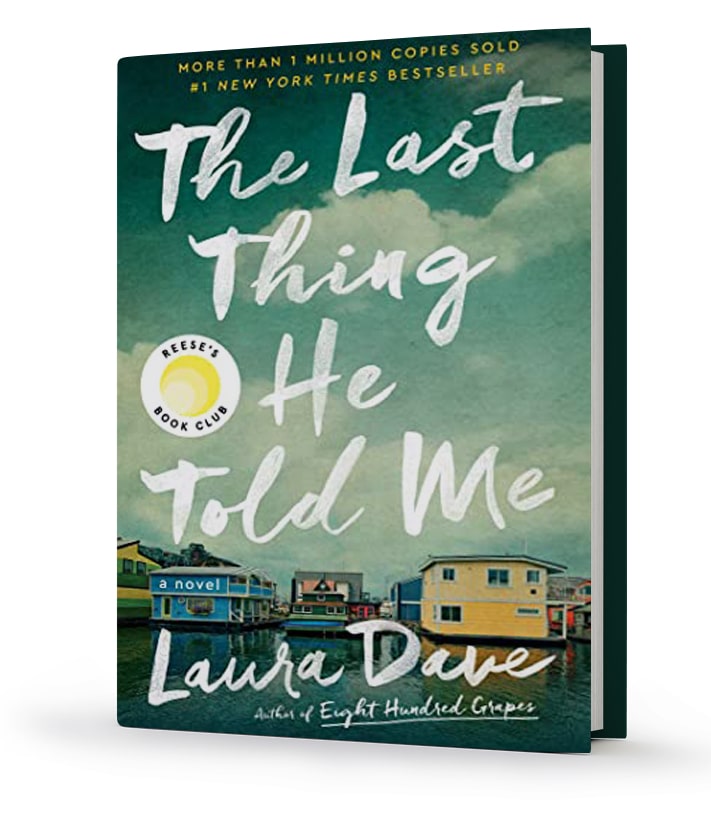 The Last Thing He Told Me: A Novel by Laura Dave

Before Owen Michaels disappears, he smuggles a note to his beloved wife of one year: Protect her. Despite her confusion and fear, Hannah Hall knows exactly to whom the note refers—Owen’s sixteen-year-old daughter, Bailey. Bailey, who lost her mother tragically as a child. Bailey, who wants absolutely nothing to do with her new stepmother.

As Hannah’s increasingly desperate calls to Owen go unanswered, as the FBI arrests Owen’s boss, as a US marshal and federal agents arrive at her Sausalito home unannounced, Hannah quickly realizes her husband isn’t who he said he was.

And that Bailey just may hold the key to figuring out Owen’s true identity—and why he really disappeared.

Hannah and Bailey set out to discover the truth. But as they start putting together the pieces of Owen’s past, they soon realize they’re also building a new future—one neither of them could have anticipated. With its breakneck pacing, dizzying plot twists, and evocative family drama, The Last Thing He Told Me is a riveting mystery, certain to shock you with its final, heartbreaking turn. 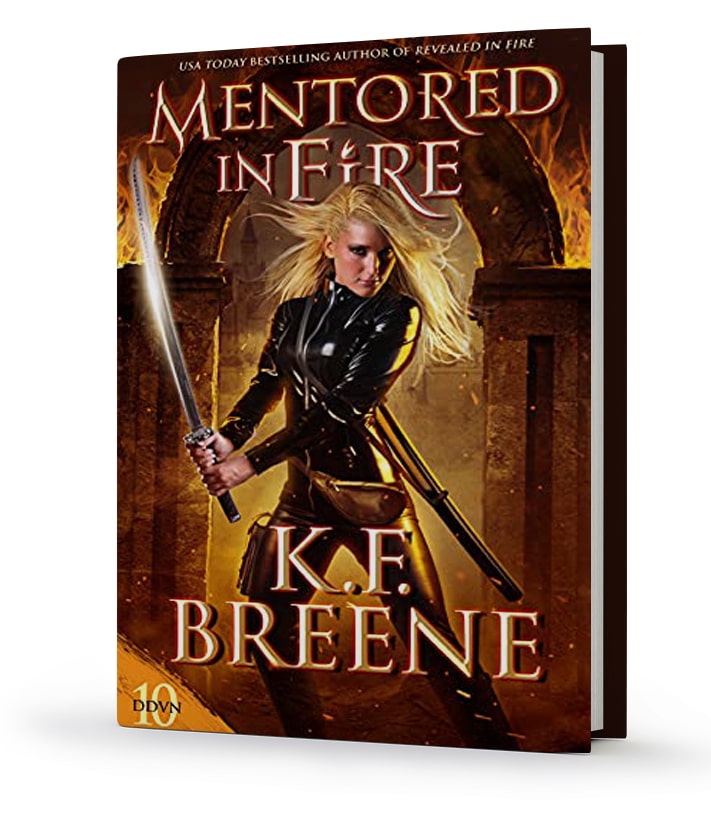 After a life of hiding and laying low so as not to end up trapped in the Underworld, that’s exactly where Reagan finds herself.

It could be worse, though. She could’ve had a hostile father as her jailor instead of a man eager to teach her magic. She might’ve been trapped with someone other than the steadfast Druid.

She could’ve gone her whole life without riding a dragon!

When push comes to shove, maybe the Underworld isn’t so bad.

Or maybe Lucifer is doing what he does best – deceiving her to get what he wants.

Reagan must walk a razor-thin edge to keep her independence.

She must battle wills with the lord of the Underworld. 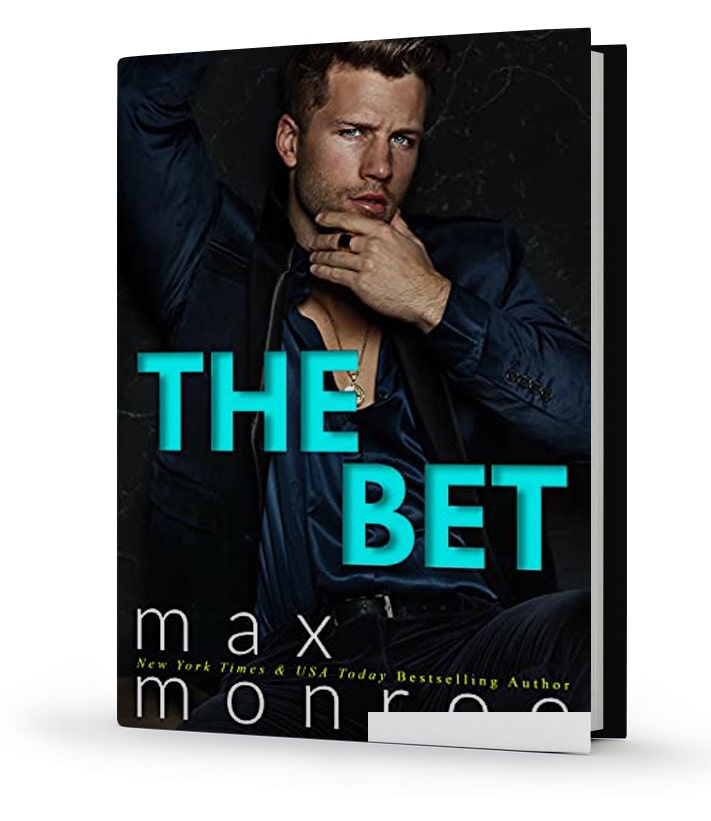 The Bet by Max Monroe

I just wish the Fortune Cookie People had considered how hard the whole “knowing when to quit” would be to carry out when a woman like me is gambling with her feelings.

After a crazy night where we were both pretending to be someone else, I’ve found myself immersed in the fun of the fling.

The thrill.
The irresistible charm.

The pleasure of being with a man like him.

Problem is, I’m positive he’s the exact opposite of husband material, and that is a serious issue for someone who is fixated on finding her happily ever after.

I know the rules and I know the stakes, oh wise Fortune Cookie.

Now I’d just like to know how close to self-destruction I have to get before I find the will to quit Jude Winslow.

Goodness knows, when your heart is on the line, you can’t ante up your bet with an IOU. 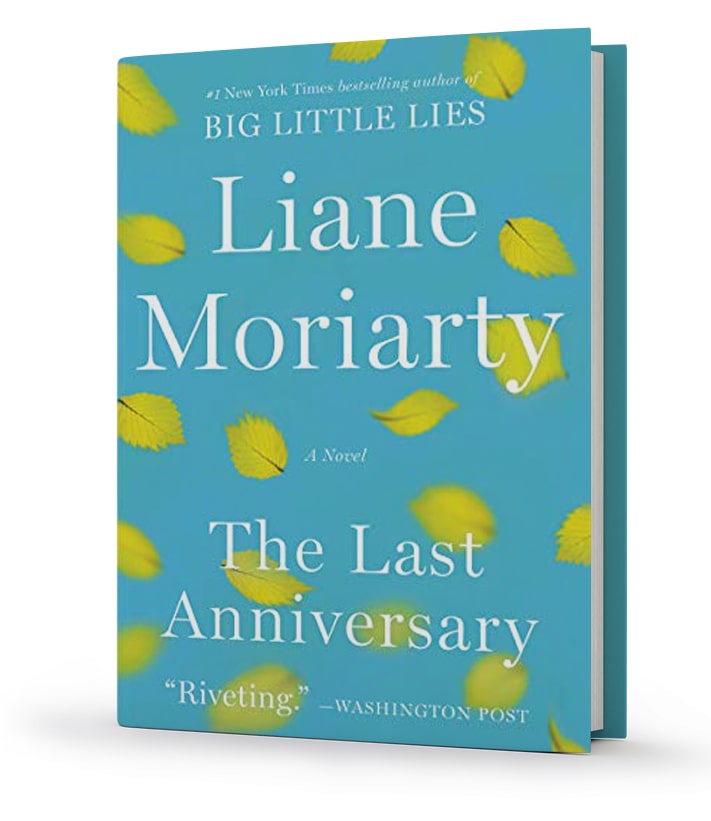 The Last Anniversary: A Novel by Liane Moriarty

Sophie Honeywell always wondered if Thomas Gordon was the one who got away. He was the perfect boyfriend, but on the day he was going to propose, she broke his heart. A year later he married his travel agent, while Sophie has been mortifyingly single ever since.

Now Thomas is back in her life because Sophie has unexpectedly inherited his aunt Connie’s house on Scribbly Gum Island—home of the famously unsolved Munro Baby mystery.

Sophie moves onto the island and begins a new life as part of an unconventional family, where it seems everyone has a secret. Grace, a beautiful young mother, is feverishly planning a shocking escape from her perfect life. Margie, a frumpy housewife, has made a pact with a stranger, while dreamy Aunt Rose wonders if maybe it’s about time she started making her own decisions. As Sophie’s life becomes increasingly complicated, she discovers that sometimes you have to stop waiting around—and come up with your own fairy-tale ending. 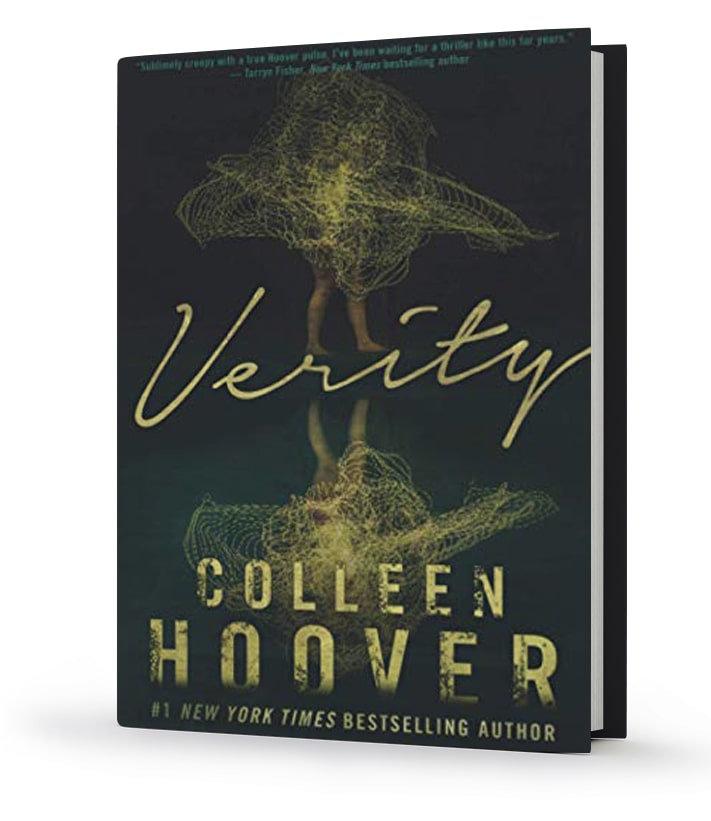 Lowen Ashleigh is a struggling writer on the brink of financial ruin when she accepts the job offer of a lifetime. Jeremy Crawford, husband of bestselling author Verity Crawford, has hired Lowen to complete the remaining books in a successful series his injured wife is unable to finish.

Lowen arrives at the Crawford home, ready to sort through years of Verity’s notes and outlines, hoping to find enough material to get her started. What Lowen doesn’t expect to uncover in the chaotic office is an unfinished autobiography Verity never intended for anyone to read.

Page after page of bone-chilling admissions, including Verity’s recollection of the night their family was forever altered.

She decides to keep the manuscript hidden from Jeremy, knowing its contents would devastate the already grieving father. But as Lowen’s feelings for Jeremy begin to intensify, she recognizes all the ways she could benefit if he were to read his wife’s words. After all, no matter how devoted Jeremy is to his injured wife, a truth this horrifying would make it impossible for him to continue to love her.

Due to extremely mature content, this book is recommended for readers 18+. Sensitive topics that may be triggering to some readers include graphic death/murder, child abuse, graphic sex.