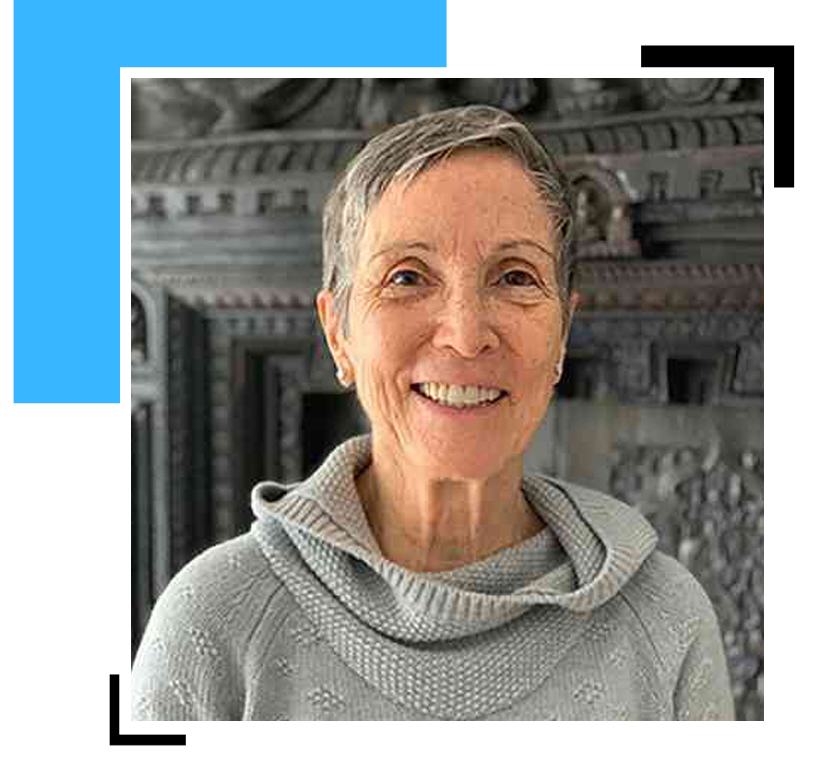 Alice is half American and half German. She grew up in Colombia and attended the French and German school, being, therefore, fluent in four languages. She has three children and seven grandchildren. Having traveled all over the world. She immersed herself in the spiritual teachings of India and lives by these teachings. These have enabled her to serve others thus living her Dharma, or life purpose. Survival: A Story of Friendship is her first novel while Kidnapped was published the following year. Mother Nature and the Agent is her third published book. The National Association of Book Entrepreneurs (NABE) has listed Kidnapped as the best book in the category of memoir in the Summer 2020 Pinnacle Book Achievement Award. Each year, for the past 37 years, NABE presents some of the finest books published by its members. 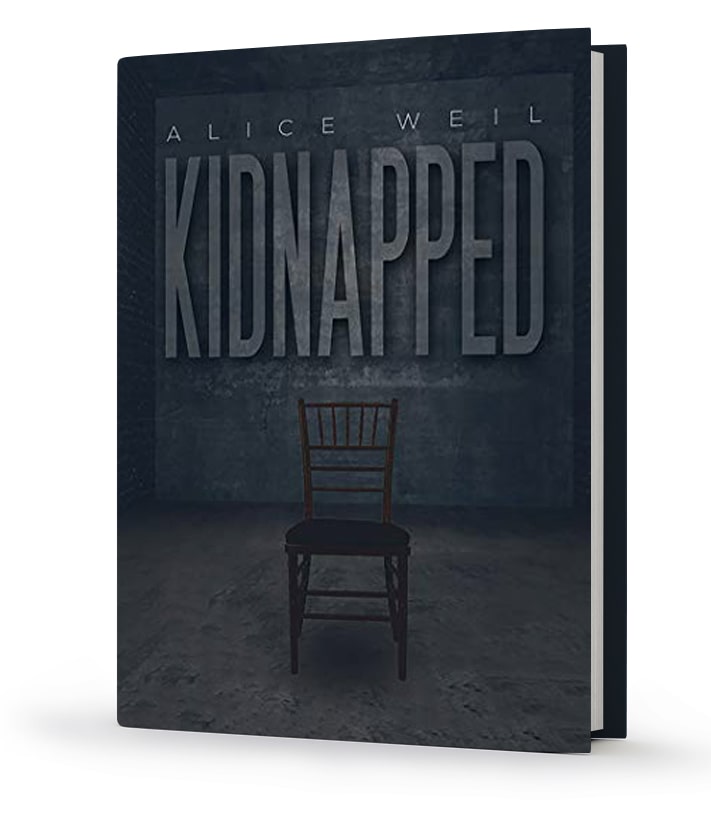 “This is the harrowing real-life story told by the author and victim. The story ends with a bittersweet letter that is too real and that brings to mind the doubt of what you would do if you had experienced the same tragedy.

Would you be able to forgive everybody who had been involved in it?” – The Moving Words Review 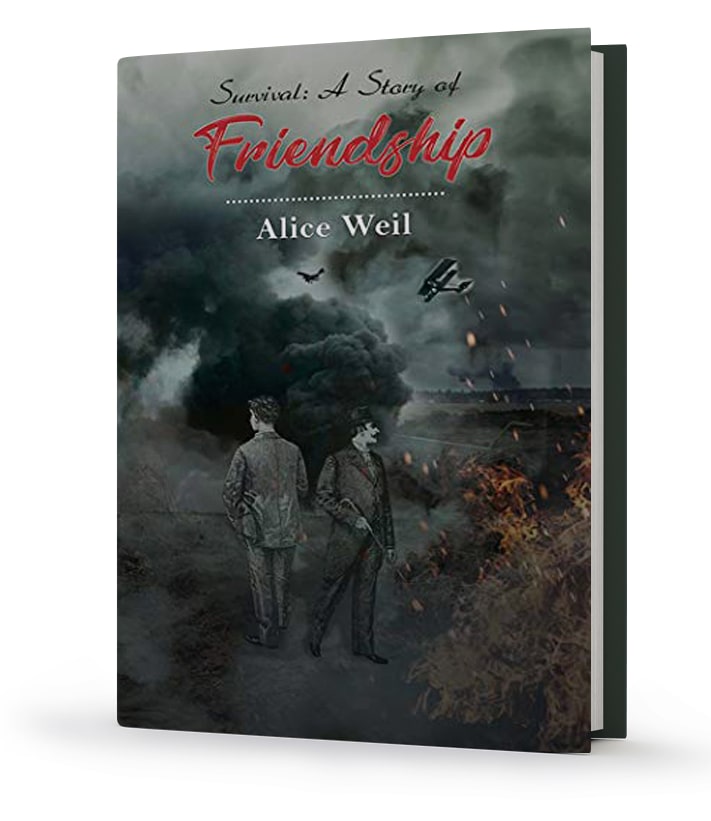 Alice Weil was awarded the prestigious Pinnacle Book Achievement Award in June 2020. She won the “Best Books in the Category of History” award for her book, Survival: A Story of Friendship. Pinnacle Book achievers award has been awarding some of the finest independently published awards for the last 30 years.

“A tapestry of two generations of a German Jewish family caught in the turbulent shadow of war… The author with her straightforward narrative captures the essence of how hard it is to live in Hitler’s Germany, especially for a person who was born a Jew. Spurred on by her compelling narrative, it is truly a soothing balm for one’s soul.” – The Moving Words Review 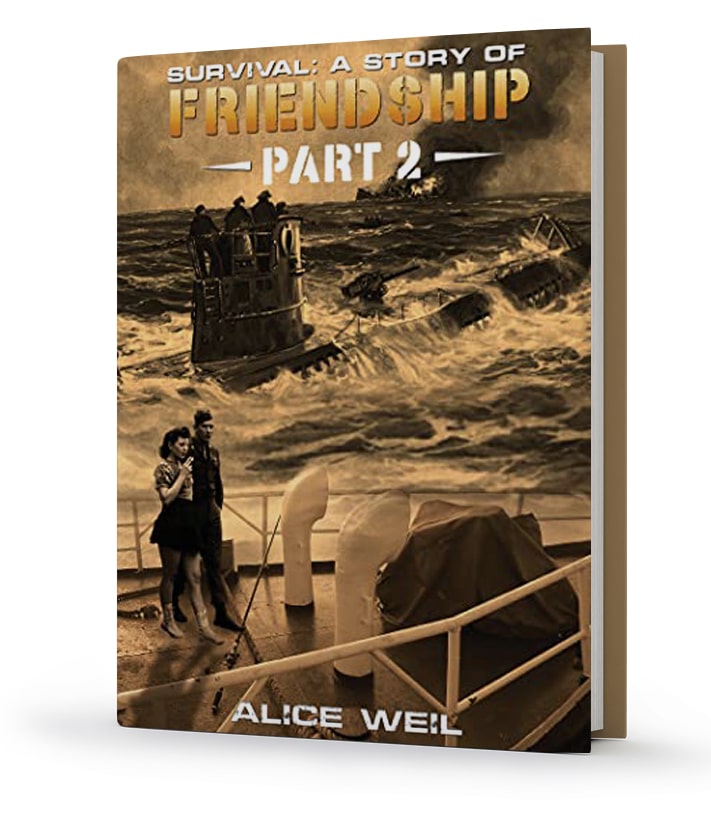 Survival: A Story of Friendship – Part 2 is about the voyage Freddy and his mother, Helene, take to escape Europe and the ravages of World War II. After promising Sigmund on his deathbed that they would reunite the family in a peaceful and friendly country, they make their way via ship to Colombia, the country Nellie had made her home just as the Nazi movement in Germany was gaining momentum. After their safe arrival, Freddy is forced to look for work in order to support his mother and himself while adjusting to new surroundings at the same time. After some fortuitous, work-related encounters, Freddy decides to not only run his own lingerie business but produce the raw materials he needs himself.

This is the story of how someone who was unable to complete school or go to university, due to strictly unfortunate circumstances, had the vision and skills to found a company that would provide jobs and well-being. Thus giving back to the country that granted him what the German Nazi government had taken away from him: his nationality. 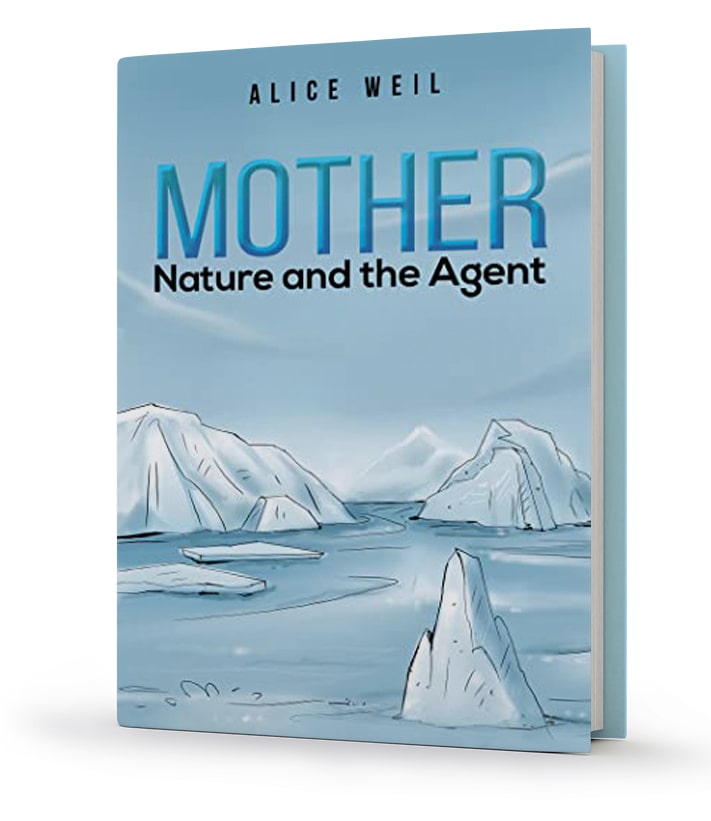 “Mother Nature and the Agent is the third book by author Alice Weil, who knows how to tackle delicate themes, as seen in her other works. Here, Weil uses accessible wording, colorful visuals and illustrations to document what happened to us all, why it happened as such and where we could be headed.

It will certainly be a book to be read for many years by teens who were too young or weren’t just born at when the dreadful sickness affected our world. But the author goes beyond: with her background on the spirit through Indian teachings, she believes there is a message we can all learn from the whole experience: one that brings us to reflect on our Dharma and our relationship with the prana, the life force that permeates all, and to which we must always be attuned to, in harmonic balance.” – The Moving Words Review