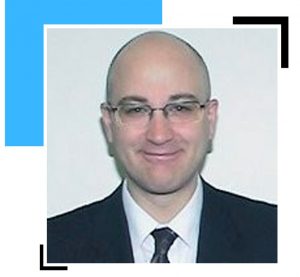 Zane Kaylani grew up in Rochester, New York and earned a B.S. from the Rochester Institute of Technology and an M.S. from Boston University. His writing credits include dozens of news and feature articles for the RIT magazine and for Messenger Post Newspapers in Canandaigua, NY. He has since written newsletters, technical manuals, and proposals for several companies in the Washington D.C. area where he now resides. Eternigy is his first novel. 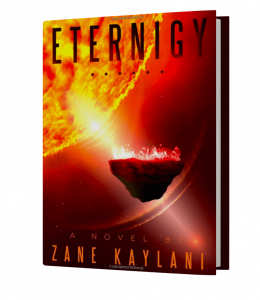 They were built at the dawn of the exile from Earth – the bioplanes – artificial continents floating in a great archipelago, created so humanity might survive out in space. For centuries they drifted away from each other. Isolated and scattered beyond reach, they were left to evolve as a myriad of faraway worlds. On Gemma, oldest of the bioplanes, a pilot, a legislator, and a soldier are touched by a mysterious power that connects all human life and promises to bridge the vast distances. Guided by the secretive cult that discovered it, the three explorers set out on a journey across the known worlds. But their quest arouses jealous governments and dark forces that covet their new source of power. Together they must overcome the conflicting currents of technology and spiritualism, state power and individualism, to open a new epoch for their people and bring them knowledge of the vita eternigy – the eternal energy of life.

Humans have long fled from Earth when the planet can no longer sustain life through bio-planes. These bio-planes were like artificial continents that floated through space like a large archipelago, equipped with life-sustaining amenities so humanity and a few earthly creatures could live on through space.

Gemma, the oldest and largest of the bio-planes, is on a threshold of a new era. After humanity’s exile from Earth, a few centuries have passed and society is once again conflicted. As the ruling government has made it a point to strike a balance between technology and simplicity, a few secretive religious groups believe that spirituality and transcendence are imperative for true progress.

As tensions arise and opposing points come into play, an unlikely trio absorbs a mysterious power that combines all of humanity’s energy—the vita eternigy. Now faced with more opposing forces that wish to use their newfound power, the three must embark on a journey across known worlds to harness their true potential.

Author Zane Kaylani offers a well-thought-out tale of conflicting views, the duty of responsibility, and potential. As the writer weaves through the narrative, he manages to create a fully realized world with impeccable detail and rich vocabulary. Since sci-fi relies heavily on setting the scene, the author overcomes this obstacle for many by displaying his artistic prowess with ease. Additionally, their words struck logical but intensely rhythmic prose throughout—making it a delight to read for anyone looking for a more philosophical side of the genre.

Nevertheless, the book is not just philosophical. It carries a lot of action and fascinating use of technology without confusing the reader. He also does a great job of fleshing out several of the characters within the tale. Adventus Borno, while ambitious and intimidating, also has a softer side to his stern impression. While fatherly and welcoming, the High Organon displays a mysterious side to him that is unreadable to many. Additionally, both Jaimin Caraggio and Shanna Oneen are exceptionally relatable as they struggle with their newfound responsibilities later in the tale.

As such, the story is a delight for anyone who enjoys sci-fi. Rich with lore and a fleshed-out world, sci-fi fans would surely appreciate this highly transcendent work.