In Memoriam: Some Literary Deaths of 2022 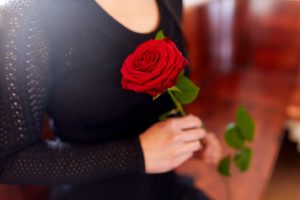 The world lost many great writers in 2022. Nevertheless, their legacy still lives on. Whether they’ve written theological studies, children’s stories, or thrillers—their words on pages will forever live on through the hearts and minds of dedicated fans. Here are just some of the people to keep in your thoughts and prayers:

The former pope is known for his service to God. However, did you know that he has also written several works? Some of them include the following:

The former pope is known for his service to God. However, did you know that he has also written several works? Some of them include the following:

His works include defending the Catholic faith while emphasizing the need to return to Christian values.

Francisco Sionil José was a Filipino writer whose themes included class struggles and the effects of colonialism in Filipino society. His works, written in English, are translated into twenty-eight languages. Considered the leading Filipino candidate for the Nobel Prize in Literature, he has won the esteemed Palanca Award.

Shirley Hughes, aka Winifred Shirley Hughes, was an English author and illustrator who wrote over fifty books. Her book Dogger (1977) was considered a favorite among the prestigious Kate Greenaway Medals for British children’s book illustration winners. She is also known for her Alfie series, which touched many adult and child readers for over thirty years.

Patricia Marie MacLachlan is another children’s author known for her book, “Sarah, Plain and Tall.” It won the 1986 Newberry Medal and dealt with themes of loneliness, abandonment, and how to cope with change. It also has a  1991 made-for-tv adaptation , which stars Glenn Close and Christopher Walken. Four more books follow the book in the series, which explores the Witting family.

Author Jack Higgins was born Henry Patterson. He is most well-known for his popular thrillers and espionage novels like “The Eagle Has Landed,” which also features a popular  movie adaptation in 1976  featuring Michael Caine and Donald Sutherland.

He has also written other books under pseudonyms like James Graham, Martin Fallon, and Hugh Marlowe. Many of his stories feature cynical heroes and ruthless villains in vividly-described settings. His last book was “The Midnight Bell” published in 2016.

Many of these writers have created an impact that has changed the world of literature forever. While they are no longer here, their works are still available in multiple bookstores worldwide.

View Featured Articles
minerva garcia
Amy Tan
Lessons of Success from E.L. James
Allahkaluzhny
Great Changes Require Great Sacrifice: My Daddy, Dr. Martin Luther King, Jr.
Back to Panem: The Ballad of Songbirds and Snakes
BookTok: A Trend to Watch Out For in 2023
Wealthiest Authors of 2022
In Memoriam: Some Literary Deaths of 2022
The Ratzinger Report: An In-Depth Interview of the Future Pope
Previous
Next