IT: A Must-Read or Must-Watch for Halloween 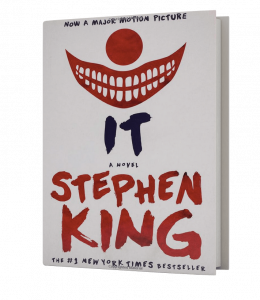 When it comes to horror novels, Stephen King’s works rank top of the list for any avid reader. From depicting an obsessive fan in “Misery” to the ever-popular “The Shining,” his works have been adapted numerous times in television, films, and plays. However, It by Stephen King continues to shine among his many works.

Whether you prefer to read the It novel, watch the 1990 miniseries, or the 2017 and 2019 movies, you’ll find why it continues to be a classic work in horror. If you are more interested in the book, here are some reasons why it ought to be a part of your Halloween reading list:

Childhood trauma plays a significant role in the book. From losing a sibling to dysfunctional relationships with parents—the book illustrates the effects of trauma on one’s adulthood. It also provides a powerful narrative that shows we must take action to deal with our trauma head-on.

It is a unique work of horror because it shows the characters taking charge of their situation. While fear affects them differently, some characters have used their inner strength to overcome their fears.

Stephen King does a great job of portraying multiple characters in this hefty read. Some of them include the Losers Club, the dysfunctional adults, the multifaceted bullies, and the terrifying Pennywise. Readers will find several of them in this book when it comes to finding a relatable character.

While Pennywise is terrifying in his own right, Stephen King portrays other terrifying instances in our daily lives. From abusive parents to bullies engaging in physical violence, these instances can significantly impact a child’s psyche.

Several issues in the book have been portrayed accurately in the series and the movies. From blatant homophobia, dysfunctional parents, and racism—these issues still hold up despite today’s modern society.

One warning before reading the book:

While these are all compelling reasons to read the novel, it also helps to note that there disturbing scenes in the book not depicted in the series of movies. Some of these scenes may be distressing, especially for readers with sexual trauma as a child. Please heed caution before reading the book.

If you are interested in the book Stephen King’s It is available on Amazon here.