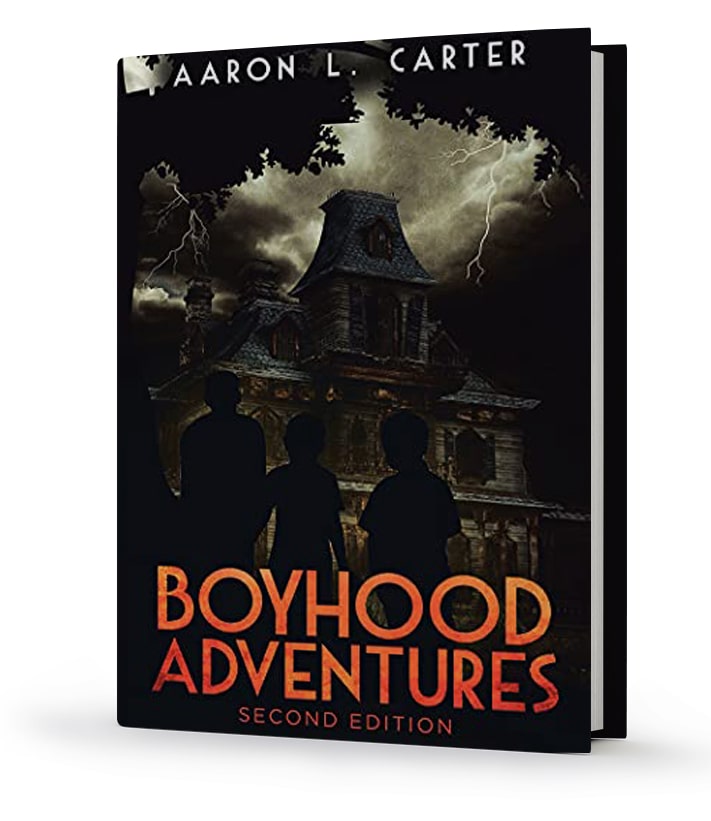 Aaron L. Carter’s second edition of Boyhood Adventures is a book that is well named. The main characters treat the reader to equal measures of humor, drama, excitement, and suspense. Set in Texarkana, Arkansas, in 1953, three eight-year-old boys seek escape from boredom by exploring haunted venues.

Boyhood Adventures tells the story of Lee Farmer, Dennis Williams, and Frank Cherry. Each boy reacts differently to their nocturnal exploits to a local cemetery, an abandoned asylum, and a haunted mansion. The author skillfully uses historical events such as the Texarkana Moonlight Murders to season the reader’s mood.

Published by Page Publishing, Aaron L. Carter’s story depicts the boys’ varying reactions to their activities. Dennis, the adventure seeker, is relentless in his pursuit of adrenaline.

Lee has become addicted to excitement and will follow Dennis almost anywhere if it means he doesn’t have to listen to another episode of The Bickersons.

Frank is the antithesis of Dennis. While he is reticent to join his friends on a visit to the local cemetery, he thrives on his relationship with his two friends.

One of the compelling features of this book is in the narration. The author has cleverly woven pieces of his personal life into a fictional story. The introduction presents key characters. The first two chapters give a clear picture of Texarkana history and lifestyle. Upon this foundation, he builds thrilling adventures which put the boys in great jeopardy. As the boys react to each gripping scenario, the reader can easily discern the personality, strengths and vulnerabilities of each boy.

The humor in this book is delightful. I found myself laughing until my face hurt. Frank’s character is especially amusing. On an emotional level, I found the relationships between the boys, their parents, and their school teacher very touching.

In a nutshell, Boyhood Adventures offers a beautiful journey through human relationships, and rewards the reader with a surprising plot twist at the end. Readers will enjoy it.

Boyhood Adventures is the semi-true story of Dennis Williams, Lee Farmer, and Frank Cherry. At eight years old they live on Fulton Street in Texarkana, Arkansas, circa 1950. They seek adventure as often as they can escape the scrutiny of their parents.

The more frightening the venue, the more eagerly the boys pursue it; except for Frank, that is, who serves the team as a voice of reason. Unfortunately for Frank, Dennis and Lee override his counsel of wisdom and drag him along, reluctantly, to places far less sensible to his prudent and fearful mind. For Dennis and Lee, adventure is the ultimate objective, serving as evasion of what one of their parents was heard to have said: “My life is a grind. I hate it”