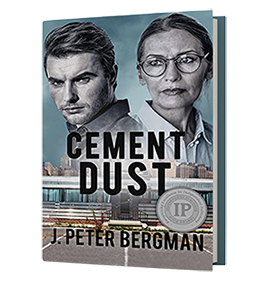 The story starts with Billy Duncan, an interior designer in New York, who meets his mother’s cousin, Feyhe Baumann. Baumann is thirty years older than Billy and hasn’t been in contact with the family for a while.

Billy, who has only heard of Feyhe through his mother’s stories, was initially reluctant to meet her but has since hit it off with the charismatic sculptor.

Together, the two work on their separate projects while sharing a few clients here and there. With their artistic talent, the two achieved success as artists on their own, with Feyhe even commissioned for a project in South Korea.

Unfortunately, not all successes last. As the story progresses, we see Feyhe’s psyche crumble like cement dust. While she’s charismatic, she’s also impulsive and has an explosive temper when provoked. Feyhe also tends to disappear for random intervals. When she manages to come back home, she brushes off her loved ones’ worries with a smile.

With a traumatic past and a very uncertain future, can Billy reign her in, or will he prove to Feyhe how alike they are?

The author does a great job of painting the scenery with his words. Whether it describes Billy’s work as a designer or Feyhe’s sculptures, Bergman brings you to his book’s world effortlessly and with style. Aside from the setting, he also does a great job of writing very distinct characters while keeping them grounded and real. Feyhe, who is anything but perfect, can easily be written as hysterical and crazy by a less dedicated writer. Bergman showcases his expertise by making her sympathetic without dismissing her shortcomings.

It takes work to write a story that touches on tumultuous family dynamics and mental illness. Nevertheless, the author manages to pull it off and does it so well that you can’t help but think of the story even after your first read. “Cement Dust” is a worthwhile story on unconventional relationships, trauma, and family dynamics.