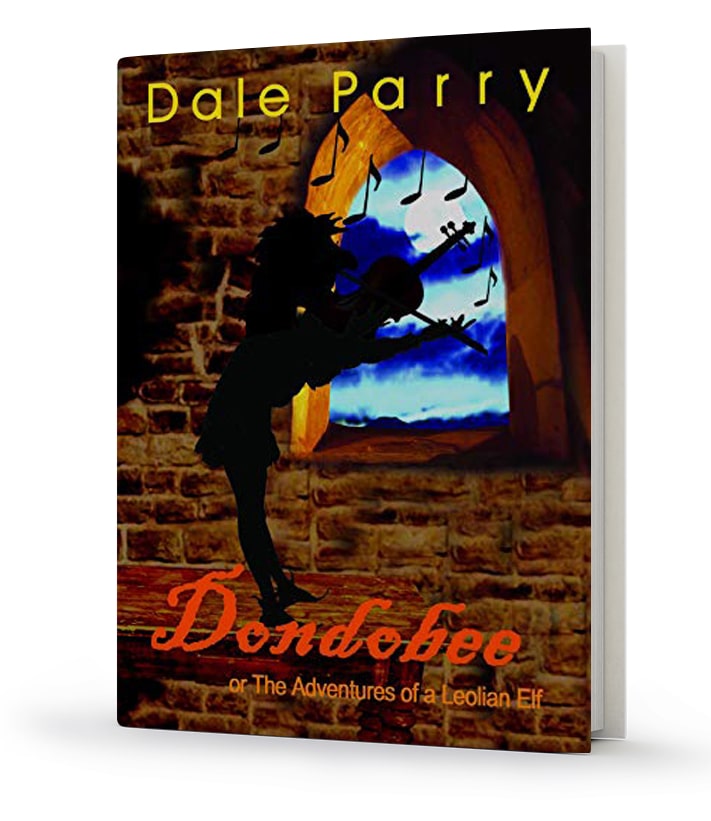 Dondobee or The Adventures of a Leolian Elf, written by Dale Parry, opens with introducing us to Coal, a dirty little urchin living in a black back alley and his invention of a unique musical instrument. An instrument through which he mastered such a melodious tune that all the birds and animals came to listen. One fine night his melody attracted two Leolian Elves who lived nearby.

They danced and danced and danced. And came into an agreement with Coal, to be at his service for lifetime in return of him playing them the music. This tale is about their son, Dondobee, the little Leolian elf and his adventures in the castle. The storyline is simple yet intriguing.

It not only entertains readers but the narrative strikes them at various levels. It challenges and aspires to redefine beauty in a unique way. It makes readers think and teaches them to withhold their judgment. It also upholds the value of kindness and reiterates how things have value only when it brings happiness to others. These are integral lessons to impart to young readers.

Have you ever felt as if something was there even though it wasn’t? There are many things the naked eye cannot capture. If you find yourself interested in the world of life, death, and the sensation of otherworldly beings found in between, perhaps you’ll be interested in Epiphany’s Gift by Mallory M. O’Connor.

In the modern setting of Ohio, a woman named Epiphany returns to her childhood home, only to be tangled in compelling art theft and the effect of a corporation’s toxic waste. Epiphany wasn’t just any regular woman. She was someone who could see auras, ghosts, and even sometimes visions of the future. It had me wondering just how someone like her would deal with such unlikely events.

The author unravels the mysteries through Epiphany’s eyes as she uses her gift and the help of new friends to save so much more than what she expected. At first, I was baffled by the mix of these elements. The supernatural, art, and fight to protect mother nature.

Another thing that stands out about the book is its writing. It is effortless, lucid, and has a natural flow to it. The plot never once lost its pace. In such less words, the author crafted detailed and amusing characters. I ended up feeling emotionally connected to not only our protagonist but also to others in the story like Coal, Rodo, Sheebee, and more. I adored Dondobee and I think it will be ideal for readers aged between 6 to 14 years. And I will also recommend it to all adults still young at heart like me.

– reviewed by Abby for The Moving Words Free Book Program 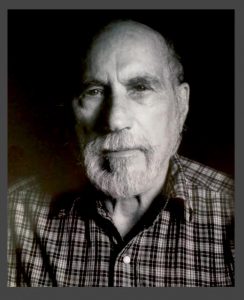 Born in upstate New York and now retired on the high plains of Montana with 5 cats and two dogs, Dale Parry has time to reflect and to write. Having been involved with the professional theater and academia most all his life; he has acted in, directed and produced plays from Off Broadway in New York City to San Francisco. He was graduated Cum Laude from the drama department of the University of New Hampshire, which prepared him to teach drama at a Junior College in Vermont and ultimately to become chairman of the Drama Department at a New Hampshire Prep School. Dale has always enjoyed entertaining children and in fact toured with a theater group out of Boston that performed literary classics, like Edgar Allan Poe’s works, for school kids. He is still actively involved with local theater groups.

His tale of Dondobee came about one day as he sat pondering the beauty in things generally thought to be void of all beauty. The nature of the human being may be to strive for perfection, to worship the beautiful, to disdain and even fear the ugly. However, there is something beautiful in every person and thing. The beauty may never be seen by all, but it is nourished and respected by those who do. Some who have done wondrous things are forgotten or pushed aside. His little Leolian Elf is the embodiment of the beautiful present within what is thought to be ugly.