Let Me Count The Ways by Boyd B. McNiel

by Boyd B. McNiel

Eye-opening and mind-blowing. When I started reading Let Me Count the Ways in Which We Have All Been Deceived, I was under the impression that the book would be another book in which the author spews his truths and offers little or no basis to what he’s showing.

But how wrong I was! The author, Boyd B. McNiel, is a real connoisseur of the Scriptures and the mythos that surrounds it – and that is shown by the very in-depth explanations he offers to demonstrate how we, as God’s sheep, have been deceived through centuries of copious patchwork and decisions made by man in order to hide the Truth of what the Scriptures had always intended to teach us.

He goes as far as analyzing the roots of Hebrew words which meanings may have been lost in translation (purposely, perhaps), and then associates that information to different versions of the Bible, events in History, geographical data, and insights of astronomy – and it all makes perfect sense.

Among the facts of which we have been excluded, the book discourses about everyday notions we take for granted, such as the names of the days of the week, the months of the year, and even the number of days and hours we consider to be normal – all of it has pagan, misinterpreted or plainly hidden origins. You must read Let Me Count the Ways in Which We Have All Been Deceived with an open mind, for sure; but rest assured that by the end of it, you will be seeing the world in a whole new – and fair to the real guidance of God – light. 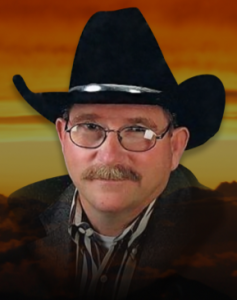 I have been a serious Scripture scholar for over 20 years. When I was in the US Navy, I was trained in a machine shop to machine parts within + or – .002 of an inch. Later on, I became a carpenter where I was trained to build everything perfectly straight, perfectly plum, perfectly level and perfectly square.

There are no gray areas when it comes to perfection. With this mental aptitude I have a very narrow perspective when it comes to determining right or wrong. So I question any and all things that do not make sense.

Religion teaches you to believe things that do not necessarily add up. I will give you one example of scribal corruption. This is from the King James Version.

The following is an intentional scribal misdirection. Hebrews 8:7-8 says: For if that first covenant had been faultless, then should no place have been sought for the second. (8) For finding fault with them. There are three (3) specific things to point out here in these two verses.

– The word “covenant” is in italics. This means that the scribes added this word. It is not supposed to be in the sentence.

– Verse (8) says for finding fault with “them”. The fault was found with the descendants of Jacob. This is why all of the tribes of Jacob were eventually sent into captivity and dispersed throughout the world.

– By insinuating that the covenant was at fault, the false scribes are implying that it was the Creator who made a mistake. We know that He did not make any mistakes.

This leaves us all with the following question. What new group of people did He choose to make a remake His covenant with?

The primary message that I want to instill in the readers with my book is that there is a minimum of 29 separate verses of Scripture which tell us that the entire world would be deceived by the false scribes and the ignorant priests. There are (18) below.

– Woe unto you, Scribes and Pharisees, you hypocrites. (8 separate times).
– The Pen of the Scribes is in vain.
– Our fathers have inherited lies.
– Come out of her (Babylon / confusion) my people.
– My people are destroyed for lack of knowledge because of you priests.
– My people do not consider.
– Always learning, but never able to come to the Knowledge of The Truth.
– They have a zeal, but not according to Knowledge.
– They will perish because they did not welcome and love The Truth.
– But you must be transformed by the renewing of your mind.
– Every man did that which was right in his own eyes.

There is only one Creator who made all of mankind. He is the Creator of all religious faiths. We need to ask, how is it that there are over 33.000 separate Christian religious denominations with each one of them teaching their own distinctive version of truth.