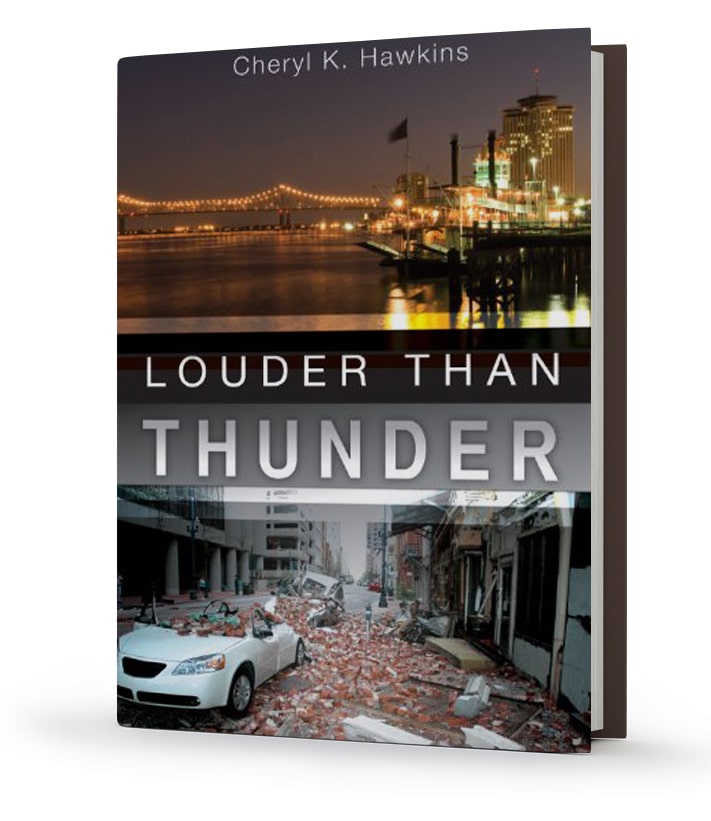 A raw and evocative firsthand account of the events of the catastrophic Hurricane Katrina and its ensuing weeks of a harrowing ordeal for everyone involved.

Cheryl Hawkins’ Louder than Thunder portrays a very personal and poignant experience of a daughter and a 70-year-old wheelchair-bound father, Emile during the 2005 Hurricane Katrina. Her epistolary writing and usage of vivid language evoke a sense of immediacy, therefore, transports the readers in the time and place of the events.

Cheryl, an elementary school teacher, and a very active church member takes the readers back to the 26th of August 2005, in the usual hot and humid New Orleans. The news channels were consumed with all kinds of warnings for the upcoming potential Category 5 hurricane.

Everyone in the neighborhood had been panic buying for essential supplies and immediately evacuated for security.

Meanwhile, with Emile’s admirable faith in God and Cheryl’s obedience to her tenacious father, her responsibility as his daughter ruled. Together, the two ended up riding out the storm in their home.

Although you’ve heard numerous stories and testimonies of the horrifying Hurricane Katrina from its survivors, Louder than Thunder amazingly conveyed the author’s feelings and thoughts. Cheryl included her personal conversations with God that would surely cause you to have an epiphany of how amazing God’s handiwork is. This concise yet unfiltered book shows a variety of emotions of how each and every one of us behaves under stress. Looters were driven by greed while others showed hospitality. Cheryl recounts numerous scenarios of how God answered her prayers starting from randomly finding a pack of eight “C” batteries and right when she thought she’ll never find one, God led her to the infant and toddler’s section and saw a battery tucked in between two baby car seats where you’d least expect it to be. Along with Jene, who offered her phone, within 30 seconds after she prayed to God that she needed one to contact her family in Georgia. A nursing home that offered a place to stay that would accommodate both of them, and a lot more answered prayers were depicted in the span of 15 days together with the instruments that God provided which she describes as the hundreds of unsung heroes that have risen to the occasion during the storm. She takes us with her journey from the moment the storm hits, to what seems to be people operating in survival mode, witnessing the goodness of people until they finally found their desired haven.

The title perfectly suits the story as it conveys the extensive anguish and turmoil the victims had experienced. The heartbreak of leaving the things and the people you love as she shared the story of the Dawson family and the story she overheard on the plane. Readers can definitely feel the deafening silence as the author narrated the story of an elderly woman, all by herself, who called for rescue at a radio station when they suddenly heard a crash – then a static noise. My heart fell as she writes: a deafening silence. The silence was louder than the thunder from the hurricane.

A lot of us question God for all the tragic events that happen to us. Most of the time, we see ourselves asking why God allows this to happen and chances are, we give in to those feelings and surrender ourselves to the enemy thinking that God isn’t there for He allows this to happen. Louder than Thunder teaches us to surrender ourselves, not to the enemy, but to God. Not giving in to temptations of the enemy but giving up and ask for God’s help in carrying the things that are unbearable for us, flawed human beings. Cheryl, not only shared her personal thoughts and conversations with God but she incorporates excerpts of bible verses that would surely guide and remind the readers of God’s promise. In times like this where we are faced with a global crisis, this book is a must-read with the potential to greatly impact the lives of those who read it. 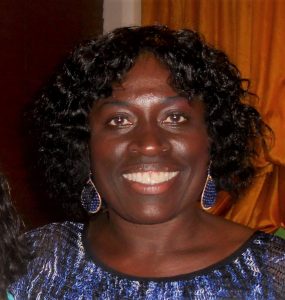 Cheryl Hawkins was born and raised in New Orleans, Louisiana. She graduated from Oral Roberts University in 1982 with a Bachelor of Science Degree in Telecommunications.

She later attended graduate school and obtained a Master’s Degree in Education from the University of New Orleans in 1992 and has been an elementary school teacher for over twenty-five years. She has spent forty-five years of her life living in New Orleans, being active in her church and participating in several outreach ministries across the city.

However, on August 29, 2005, Hurricane Katrina changed all that! Once she was rescued, she realized that she would never again return to the life she once knew. She now resides in suburban Atlanta, Georgia with the rest of her family members. The book, LOUDER THAN THUNDER, is a culmination of experiences that she wrote about in her diary as she encountered the storm.