Moon Over Seaville: Episode 1: From The Other Side Of The Moon 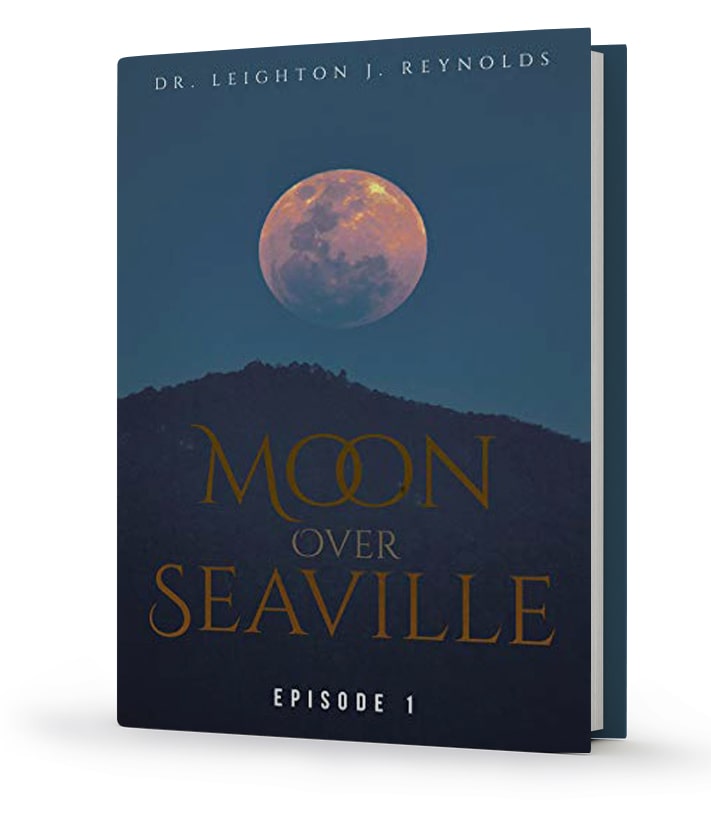 When you think of suspense novels, police dramas are invariably the number 1 pick. Tales of detectives, murders, mysterious evidence, and plot twists that we have grown to expect from a mile of distance abound.

They have their merit, but sometimes we just need something fresh; what about a very relatable story involving a devastating type of crime that is often overlooked?

In comes the author, Dr. Leighton J. Reynolds, with his suspense series Moon Over Seaville. The psychoanalyst and well-versed scholar of the mind and its intricacies starts his series with Moon Over Seaville: Episode 1: From The Other Side Of The Moon.

His expertise allows him to weave a plot involving the quiet city of Seaville, California – which sits smack dab in an area of frequent wildfires – its dwellers and their secrets, unforeseen dangers, and the ever-looming threat of a deranged serial arsonist. The protagonist, Dr. Roger Sterling, is himself a psychoanalyst that
gets dragged into a study to come up with the psychological profile of a
possible arsonist.

Fire Chief Bradford counts on the good doctor’s research to try and lead his team of investigators towards any sort of clue or evidence to who has been causing the fires, but Dr. Sterling’s contribution takes on a very personal level when the fires end up directly threatening the safety of his family. The developments that follow send fiery shockwaves through Seaville Valley and expose a way harsher reality than anyone could ever fathom.

This first episode of the now 4-book series has it all: thrills, drama, a cast of unforgettable and truly fleshed-out characters, a chilling connection to the reality of millions of inhabitants that suffer from wildfires every year in the US and countries like Australia and Brazil. Tout ensemble, Moon Over Seaville: Episode 1: From The Other Side Of The Moon is a must-read for young adults and teens who want to immerse themselves in a quality reading universe.

About the Author. Leighton J Reynolds has a multidisciplinary doctorate in Psychoanalytic Studies (Psychoanalysis, Neuroscience, and Psychology), and he is a Certified Psychoanalyst. He lives and works in Southern California in the heart of wildfire country.