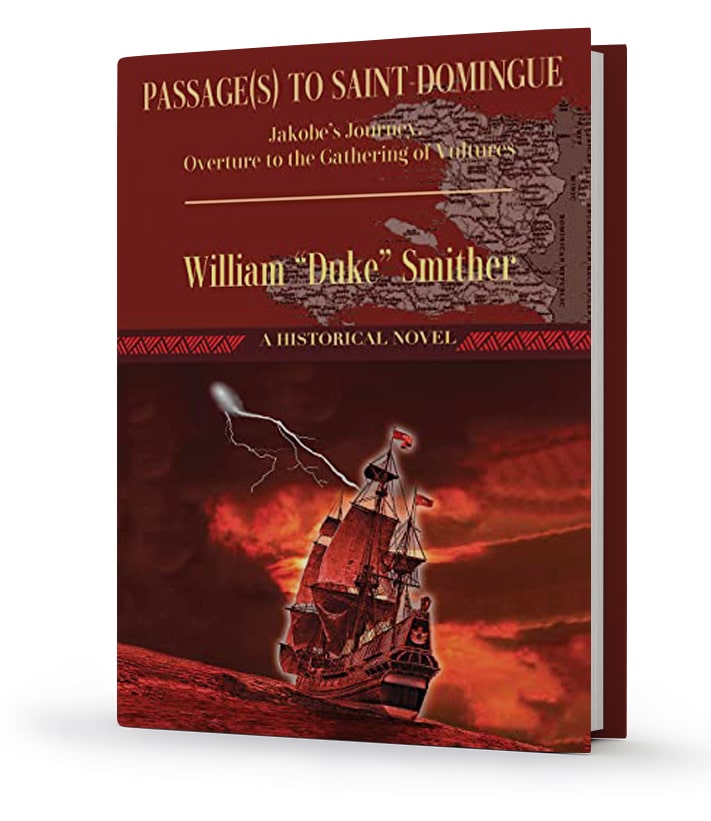 This historical novel by William “Duke” Smither is the second book of an ongoing trilogy that tells the history and the stories of the Maroon warriors of Jamaica. Around 1742, In Passage(s) to Saint-Domingue: Jakobe’s Journey, Overture to the Gathering of Vultures, we meet Jakobe, son of JuJu and grandson to respected Yakubu. Growing up in the fictional village of Akrafena, young Jakobe witnesses the guerrilla warfare against British forces on the Jamaican island.

His friendship with the young lad Jason takes him into shenanigans that lead to discoveries about life and himself and the experience of living by the Kingston Harbor and beyond. Early on, both receive apprentice-level training aboard the Mongoose, a legally constituted merchant ship.

Later, along with Jason’s passion for seafaring, Jakobe continues as part of the crew of the Sea Serpent, a merchant ship used for smuggling. Both vessels become a veritable school for the young men. However, everything Jakobe knows as his life crumbles down after returning home at 20 years old. He discovers his home village had been attacked by a pot-bellied militia captain, a farmer, bent on revenge.

In the assault, the militia unit takes the lives of many. Among them are Jakobe’s father and his beloved Mandisa. Jakobe searches to exact his revenge, then departs to the Island of Hispaniola.

That is the beginning of a long journey that sees him becoming involved with both the abolitionists and the French colonialists in Saint-Domingue. Due to his friendship with General Toussaint L’Ouverture, he becomes active in the Battle of Vertieres and eventually sees and goes through the whole insurrection for the land’s independence.

This book is a beautiful homage to the indigenous Taino and the Maroon people, thoroughly researched by Smither and richly illustrated by maps that help to understand the whole universe of the novel. This universe mixes the encyclopedic knowledge about real-life facts of the period with the elaborate penmanship of Jakobe’s tale by William “Duke” Smither. 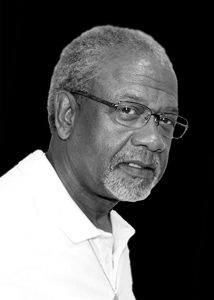 His debut novel, “Backroads to ‘Bethlehem’: Odysseys of the Maroon Warrior, in the Shadows of the Transatlantic Slave Trade” was his first installment of a historical-fiction trilogy on Western Hemispheric marronage and resistance. “Passage(s) to Saint-Domingue: Jakobe’s Journey, Overture to the Gathering of Vultures,” is the sequel. A third book, “Children of the Swamp… (a working title),” is underway, pending completion.

Additional information regarding his work is available at https://authorwilliamsmither.com.