by A. Abt, Helmut 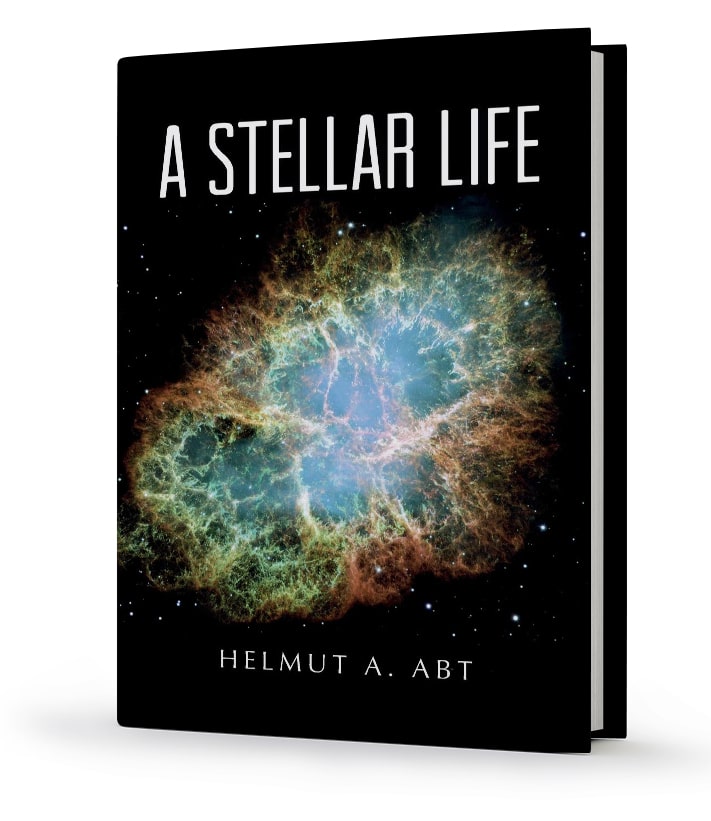 Pinpoints of light, some brighter than others, mesmerizes against an inky-black sky. For eons, these beacons to creation have bewitched astronomers. The magnificent light show is the centerpiece of A Stellar Life written by Helmut A. Abt, astrophysicist-extraordinaire who has spent the greater portion of his life gazing at the stars beneath the eyepieces of giant telescopes in world-renowned observatories such as Kitt Peak, Mt. Wilson, Mcdonald, and Cerro Tololo to pierce the mystery shrouding the universe.

To some extent, the author has succeeded. The book discusses in detail his researches on the classification of stars by their spectra. His findings on metallic-line and other abnormal stars helped illuminate the role of duplicities. His work paved the way for the discovery of exoplanets.  He won the first George van Biesbroeck Prize for his unselfish contribution to the field of astronomy.

As Managing Editor of the Astrophysical Journal (ApJ), he spearheaded the publication of an astounding 2,500 astronomical papers every year.

The initial skepticism of an ordinary layman leafing through the life and works of a near-genius, as anyone’s perception of an astronomer or astrophysicist should be, gave way to surprised delight because the author’s writing style is so simplistic and friendly that one gets that nostalgic feeling of finally coming face-to-face again with an old friend whom one has not seen for decades. More than the scientific discussions of which ingenues and experts in astronomy will gladly lap up, the small anecdotes on the author’s daily life and his travels to many areas of the globe (more than 80 documented) gave us an intimate glimpse of a man who enjoyed both his work and his life. With this book, the author leveled to the ground the barriers and awkwardness of a topic that borders rocket science.

The book is engaging, warm, and honest. Abstract things became simple and provided the backdrop of the author’s joyous life. I ended up feeling grateful to the author for his passionate sharing of the excitement and travails of a life well-lived, a life that is truly stellar in more ways than one. 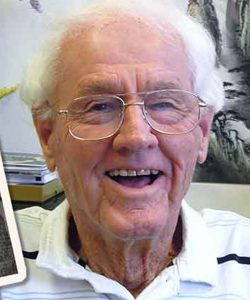 Helmut Abt opted for astronomy as a vocation because… well, it was fun. Dr. Abt will delight readers with this light-hearted memoir of a career in 20th-century astrophysics, its challenges, its participants, and the fascinating places in the world he visited. With humor and insight, he takes readers on the journey of a lifetime filled with stars and exciting adventures. Among other stories, he tells how he located the site of the first national observatory at Kitt Peak in the Arizona desert, and about the joys of being the chief editor of the Astrophysical Journal for 29 years, plus how he helped the Chinese get started in astrophysics, and about his work on double stars that led to the discovery of exoplanets, all interspersed with tales of his travels to dozens of interesting places.