Cuauhtémoc: Descendant of the Jaguar

Descendent of the Jaguar is the third installment in the Cuauhtémoc series that is as exciting and full of adrenaline rush as the preceding two books.

While book one follows Cuauhtémoc’s first flight and book two follows him establishing his reign as the Mayan emperor, book 3, Descendent of the Jaguar follows his journey to become the Chief Jaguar Priest.

It opens after the first few days when Cuauhtémoc ascends the throne, giving the readers a peek into his rule of the kingdom, which slowly develops as the base of Cuauhtémoc’s next adventure.

With the introduction of characters like Son of Spain, Admiral Wright, Quoholocet, Captain of Aztec, and others, this book is a totally different ball game.

The author integrates the elements of adventure in this historical fantasy novel and thoroughly combines the themes of suspense, thrill, and action alongside.

On one hand, the author revisits the happenings of the last two books in small snippets, while on the other hand, a complex plot for this one is set.

As one might already know, I’m a fan of the author’s trademark writing style and creative thinking. I’m much impressed with the execution of the storyline of his book 3. The imagery he creates is exceptionally original and fresh. The world-building is vivid through and through. He transports you to the setting entirely and always makes me take the journey with our Birdman. But what gets me every time is how his adventures and actions are not built on cheap thrills but solid and tightly constructed narrative. Each character holds a distinct voice of their own, and the dialogues flow organically. He manages to keep me invested in this series. 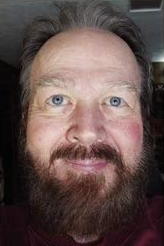 I was born in Susanville, CA, April 1943. In my early years, my family moved frequently and I was raised in California, Arizona, Florida, Nevada, Idaho, and Montana, just to name a few. I spent six years in the Army and was stationed in Germany in the mid-seventies. I worked mostly as a welder as well as auto mechanic, but in all this time I would find myself caught up in (mentally) creating stories. My hobbies include photography, fishing, hiking, and other outdoor activities; but my favorite pastime is creating stories in my head; tales of other times and places: these tales can take place on the Earth we now know; the Earth we once knew; the Earth as it might be hundreds of years from now and alternate worlds and realities. Within the last few years, I decided to put some of these thoughts onto paper and this book that I presume you to be holding is one of those realities.