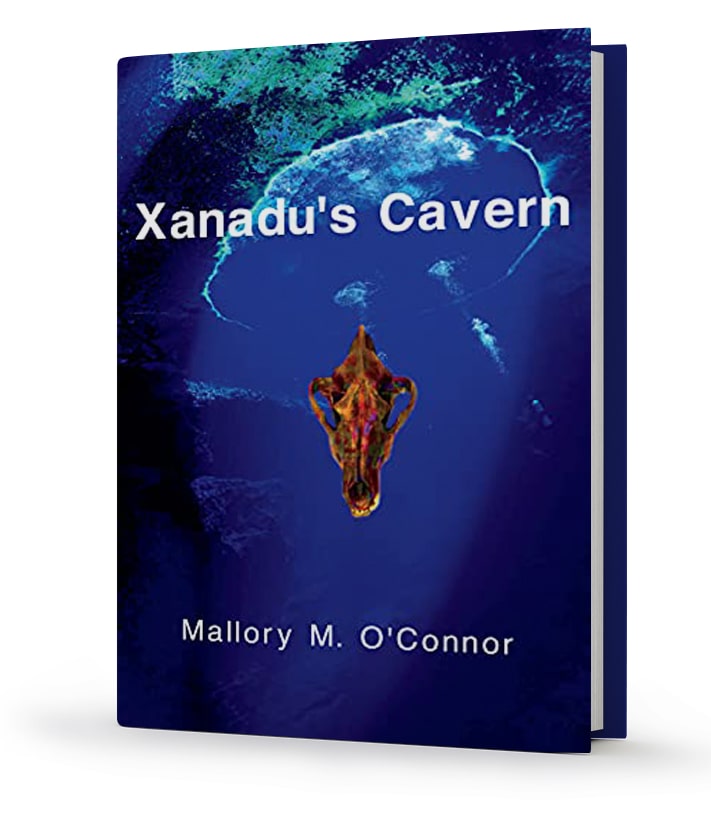 Xanadu’s Cavern by Mallory M. O’Connor is an intriguing blend of crime thriller with paranormal fiction. Epiphany Mayall, the psychic investigator is suddenly disturbed by a series of visions involving nearby Sofke spring and diving activities.

With the help of other psychic mediums in her neighborhood, she deduced that this is related to fossil diving at Sofke Springs. Soon she got the news that famous environmental activist and cave diver Piers Waldon is disappeared.

She was then contacted by Jason Winters, a close friend of Piers to investigate the matter. When her investigations hit a dead end, she approached her old friend Maro Gaido, an art theft investigator for help. Will they be able to find Piers before it’s too late? Can they solve the mystery and save Sofke Spring?

What makes Xanadu’s Cavern a standout is its paranormal element. The author Mallory M. O’Connor has skillfully integrated several spine-chilling moments in the story.

This created suspense and kept me guessing what will happen next. In this perfect foundation, she then crafted an investigative thriller. The protagonists hit the dead-end often but they are resilient to find another clue. The twists in the story are so clever that in no way can we predict them. The major strength of O’Connor’s writing is it does not reveal much in one go. In other words, the story is unraveled very slowly. Epiphany Mayall’s family has a major role in her investigations. Her mom, son, and granddaughter have their own role to play. Her personal life and emotions also have crucial roles. This makes Epiphany a realistic and relatable protagonist.

Apart from this, the background of the story also deserves attention. Environmental degradation is an important issue. Human greed certainly has no limit and this will lead us to destroy the soil which we stand on. Xanadu’s Cavern sheds light on this problem and tries to create awareness on the side. 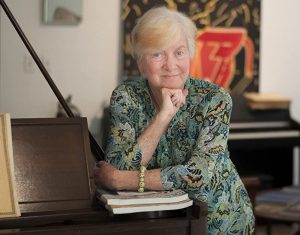 Award-winning author Mallory McCane O’Connor, Professor Emerita of Art History, Santa Fe College, is an author, curator and educator. She received a B.F.A. in art with Honors, an M.A. in American History, and an M.F.A. in art history from Ohio University, Athens, and taught courses in art history at the University of Florida (1969-1978), and at Santa Fe College (1995-2005). She also served for ten years as director of the City of Gainesville’s Thomas Center Gallery (1984-1994). Mallory is the author of two books on Florida art and culture, Lost Cities of the Ancient Southeast and Florida’s American Heritage River, both published by the University Press of Florida.

She has organized numerous exhibitions and has received grants from the Southern Arts Federation, the Florida Division of Cultural Affairs, and the Florida Humanities Council.
Since 2006, Professor O’Connor has participated in the Florida Humanities Council Roads Scholars Program, lecturing on Florida art and artists at museums and libraries throughout the state.
Since retiring from her position at SFC, Mallory has written five novels. The American River Trilogy, Book One, American River: Tributaries, was published in 2017 and recently won First Prize in the Fiction Category from Northern California Publishers and Authors. Books two and three of the trilogy were also recently released. She then began work on a new series of “occult thrillers.” Epiphany’s Gift was published in 2019. Book 2 of the series, Key to Eternity, was published in 2020. Book three, Xanadu’s Cavern, will be released this summer.
Born in Illinois and raised on a ranch on the American River in Northern California, Mallory now resides with her husband, artist John O’Connor, in Gainesville, Florida.
For a more comprehensive review of Mallory’s career, visit her website: https://oconnorartllc.com/